Welcome! Come on in!

We are Code Handwerker GmbH!

Our current main products are the iOS games Rusty Quest and Triangle Flip.

And we are hosting the Secret Santa (or “Wichteln” in german) online platform Wichtelmania.com.

Have a look! We’re really excited to know, how you like them!

Save your planet from an invasion of alien robots and machines!

Rusty Quest is an iOS action game and sci-fi jump and run shooter, where you fight your way through levels full of alien robots and machines trying to take over your world. Powerful extra weapons and various vehicles will help you in this arcade shoot-em-up, but be warned – it won’t be easy! 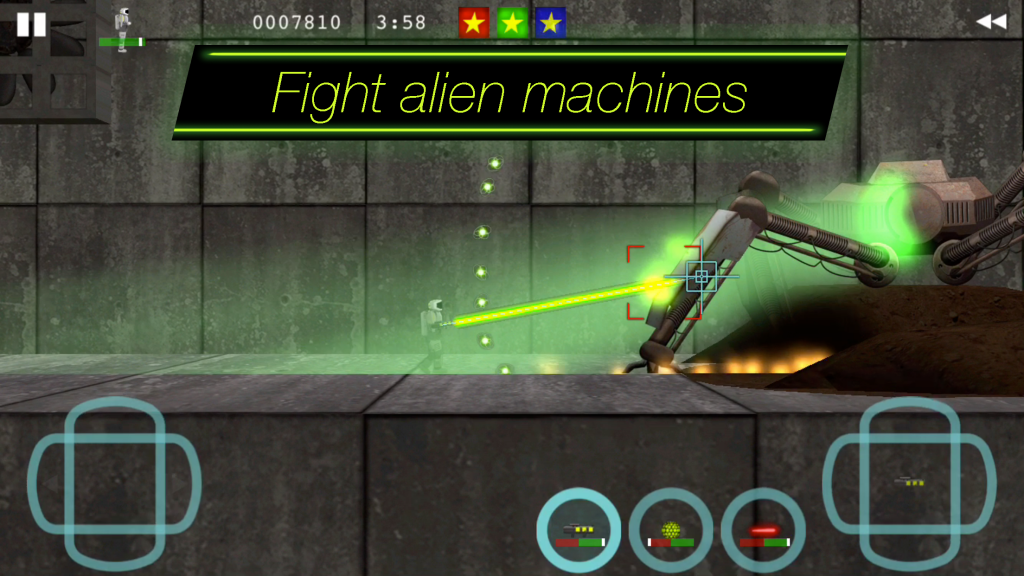 Rusty Quest has everything you love about scifi action games: evil enemy machines, gigantic robotic spiders, powerful extra weapons and even more powerful vehicles and tanks that will crush your enemies like little robo-insects! You have guns, cannons, lasers, bombs and even a graviton cannon (think of it as the gravity gun’s powerful big brother)!

And Rusty Quest is not yet another one-button-endless-runner (though we’ve also had hours of fun with Canabalt or Jetpack Joyride). But when you play Rusty Quest, it feels rather like you are playing on a gaming console: the on screen dual stick controls allow for sophisticated movement of the player’s character (walking, running, jumping, ducking, crawling, climbing) while at the same time specifying which enemy to shoot at. Just like on a gaming console, the player has complete control over the character’s movement – this is what the gaming enthusiast loves our game for! 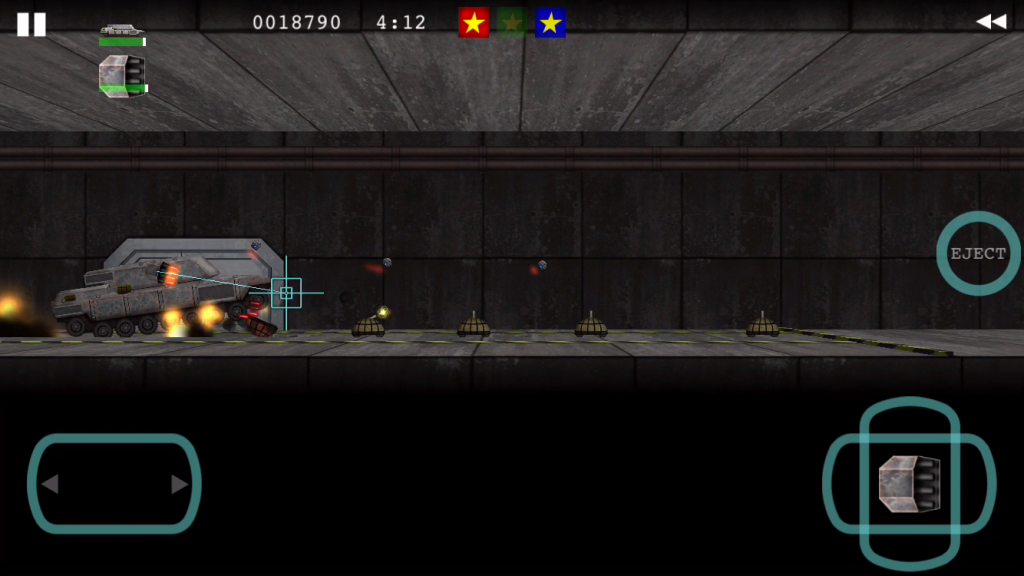 Rusty Quest offers arcade action on iPhone and iPad for everyone who loves action games – an iOS action game even for hardcore gamers!

Rusty Quest is available on the App Store in most countries around the world! And it is currently free to play (ad-supported).

Still not sure that you like Rusty Quest? Have a look at our preview videos below! If you love iOS action games and scifi games, you’ll love Rusty Quest!

And for more details, go to the App Store page or have a look at more screenshots and stuff in our Press Kit.

Here are links to different Rusty Quest videos on YouTube:

Our latest game Triangle Flip has been on the App Store since June 26th and people seem to like it 🙂 ! So if you haven’t tried it yet, go get it from the App Store! It’s free! And if you like it, don’t forget to rate it 😉

Rusty Quest is now available in the App Store worldwide (except countries requiring additional administrative or legal steps to sell a game online). Get it now and spread the word!

END_OF_DOCUMENT_TOKEN_TO_BE_REPLACED

Our mission is to bring fun and entertainment to your smartphones!